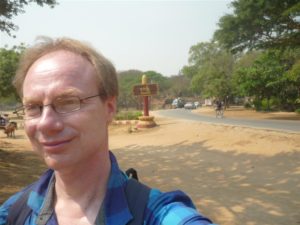 Bagan is one of Myanmars most beautiful world heritage places to be… With an area span of 13×8 kilometers zone around Old Bagan… Here at the ancient city you can visit the 2200 temples and pagodas of 9th to 13th century that still remain today.. Some of them are being destoyed by earthquakes as this is an active earthquake zone… It really are amazing places to be wich you can discover by normal bicycle.. However renting a e-bike and discover the area this way was for me a much more rewarding experience.. 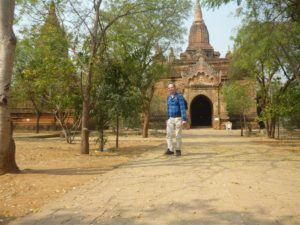 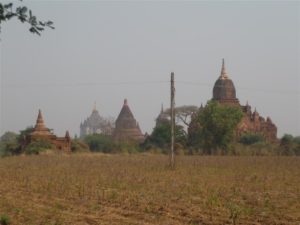 Any guesthouse or hostel in Bagan area can arrange a bicycle or electric bicycle (e-bike) for you… On my first day there I rented a bicycle, though the temperatures of 41*C at noon made me change the mind to rent an e-bike the days after… The comfort these bikes offer outways the extra price.. Also you can save the energy for making your visits to the many temples in that area. First early morning after a shower and breakfast its making my way from the guest house in New Bagan to Bagan… On the road to Bagan there is lot of activity.. mainly e-bikes, mopeds and busses with tourists.. The people on normal bicycles are mainly western tourists… 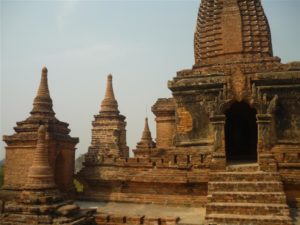 Just outside the village the area of Bagan the first stupa’s appear followed by the first … This time of year the area is very dry with the sand paths still able to travel by ebike.. First heading is (old) Bagan. Today its my desire to visit the Bagan Golden Palace… As we have all day there are a lot of opportunities to visit some other places on my way there… After leaving New Bagan soon the magical expressional view of this area starts to show itself.. Leaving the main road and taking some of the sand paths are a great experience… Here are less tourisists as the ones by bus not come here… It gives the advantage to visit some pagodas and take the time for some photograpy.. At some we can go up as they are open, some have a closed gate. However local people that have a key open the gates for a small donation..

Going inside the pagodas we see the many Buddha statues, though also the view over the Bagan area at the top is without words… The photos tell it themselves at places as the Thatbyinnyu Paya. The local people here are very friendly also many of them sell cooled bottles of water… Delicious at a temperature of 41*Celcius..
The Bagan Golden Palace is a beautiful place… Enter the gates and be impressed. They started reconstructing the Bagan Golen Palace in 2003 and it was ready in 2007. 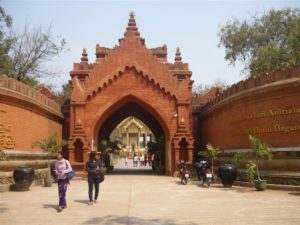 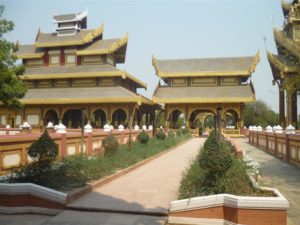 With The history of kings and the helpful friendly staff here it is easy to forget the time. We take the time to absorb every bit of the positive energy feelings that you can feel here… The wide paved paths with places for refreshing drinks at the side are perfect to sitdown and spend some time dreaming away… Sitting here with a refreshing drink for me it was time spend for talking with the friendly staff… The people here are the kind that were not only serving, instead showing much interest of personal orign and interests of travel… The Bagan Golden Palace is what the name suggests.. A Palace that is mainly gold plated with beautiful decorated wooden carvings… 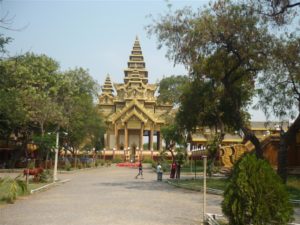 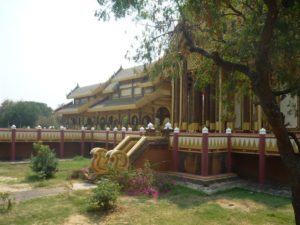 There is a North East and South Entrance Hall besides these there are the impressive…
Pyinsapathada Hall, Also called the Great Audience Hall was used for the important affairs of the State, and for the reception of the Myanmar New Year.
Zaytawun Hall, The Zaytawun was used for the religious affairs and the informal reception of foreign ambassadors. 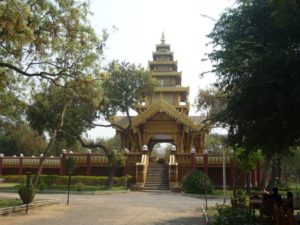 Thihathana Hall, was used for the attending and reception of the Ministers Generals Princes. Princesses and Local Chiefs from tributary states.
Beiktheik Hall, When the King ascended the throne, the ceremony of the Buddha Beikthayka was held at this building. Here at this hall the King took his oath. 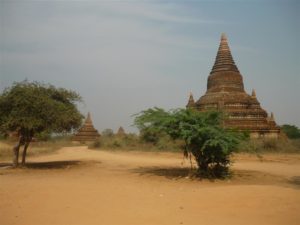 After experiencing the Bagan Golden Palace it is time to go to on my way and take of the many sand paths.. Around the end of noon it is time to stop at one of the many Pagodas and enjoy the sunset.. The one i selected was quite high and on the brick stairs it is easy to climb to the top… First drink a bottle of water and made a talk with other arriving people.. Some of them i met on the boattrip from Mandalay to Bagan.. 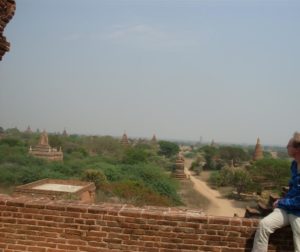 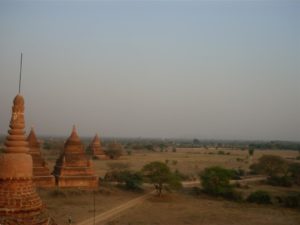 As the time of sunset comes near more tourists find ther way here… Found myself lucky i was one of the first here so have a perfect spot to make Sunset photos… The sunset in Bagan is as being in a fairytale… Breathtaking and quite romantic if you have your loved one near you… Let the pictures talk….. 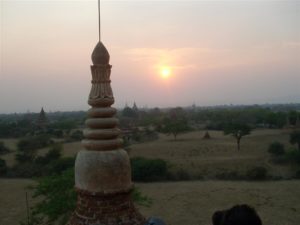 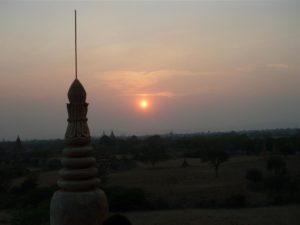 After Sunset time to make my way to New Bagan… A delicious dinner awaits..

Checkout My other Pages!